The Vin in vintage,
The story of Dutch World Bikes.

The man behind Dutch World Bikes is Vin Baltussen. He's as vintage as the bikes he's working on. Since 1997, he has been the owner and graphic designer at Vormidabel Reclame & Communicatie (Vormidabel Advertising & Communication), but in the distant past he worked as a bicycle and moped mechanic.

In 2018, his two fields of expertise came together for good, with the idea of giving Dutch bicycles from the 50s, 60s and 70s a new lease of life as vintage urban design bikes. So since 2018, his company is officially called Vormidabel Reclame, Communicatie en Fietsdesign (Vormidabel Advertising, Communication and Bicycle Design). The latter discipline is now better known as Dutch World Bikes.

Check out the ready-made collection ⟶ 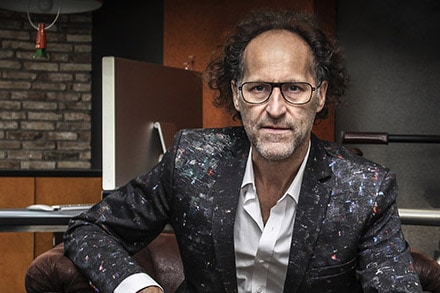 Bringing bicycles from the past to the present.

Dutch World Bikes restores vintage bikes as if they had just come rolling out of the bicycle factory of yesteryear. We adapt them invisibly to the demands of our time, with new parts. Think of the front and rear hubs, the handlebar, the stem, the seatpost and the saddle. We fit a rust- and maintenance-free chain and equip the bike with top-quality anti-puncture tyres. But the real characterful parts, the frame, the front fork, the mudguards and the bracket parts, they remain original. Because those parts tell the story of a bicycle. And Dutch World Bikes gives that story new momentum.